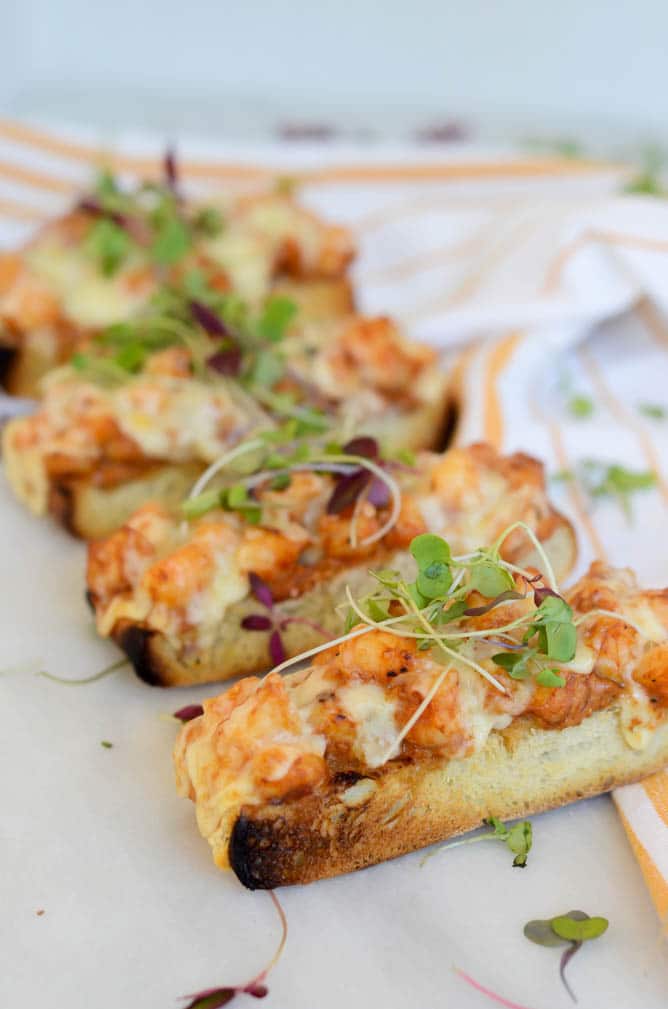 In these sunny, warm-weather months, I find myself craving fish and shellfish like no other. Maybe it’s because summer is also associated with the ocean, or maybe it’s because seafood tends to be lighter and easier to cook than actual meat, but either way it’s all I ever want when dinner time rolls around.

These constant cravings also mean that the seafood category on my recipe brainstorm list for this here blog starts growing exponentially. It’s amazing how many ideas I can come up with for a certain type of food when I’m really craving it! Take these Lobster Roll Lettuce Wraps with Brioche Crumbles that I posted a few weeks ago as an example. My mind had been wandering towards the buttery, rich lobster rolls of the East Coast, so I decided to put my own healthy spin on the idea and created a “lightened up” version.

These Asiago Chipotle Shrimp Toasts were born partly from this same craving for rich, delicious, gooey seafood tucked between hearty, toasted bread, and partly from a desire to transport myself back to the Creole cuisine I devoured on my trip to New Orleans a few years ago. Granted, these toasts wouldn’t be considered “traditional” Creole food, but I can tell you they certainly satisfied my craving. 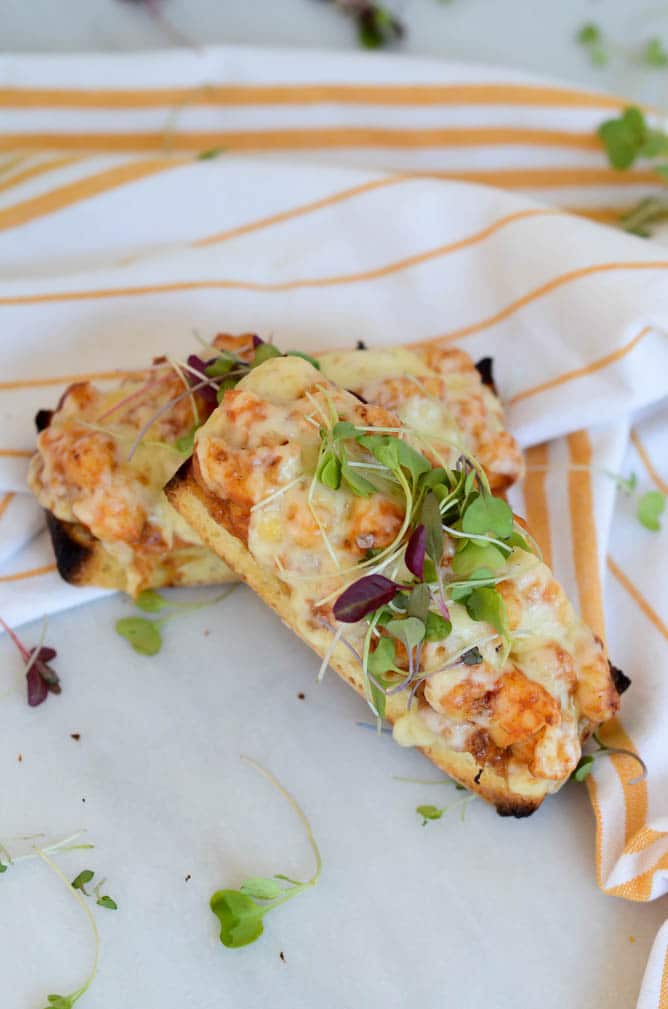 The even better news about these Asiago Chipotle Shrimp Toasts? I found a way to make you yet another lightened up version of what could easily be an incredibly indulgent dish. That’s right! Yes, these toasts do have cheese, but the chipotle-shrimp topping uses Greek yogurt as a binder as opposed to the more fat- and calorie-laden mayonnaise that most would be inclined to use.

But enough of the lead-up, let’s get right down to how we create these HEALTHIER ooey, gooey, delicious appetizers/snacks/hors d’oeuvres/favorite thing to eat anytime and anywhere. 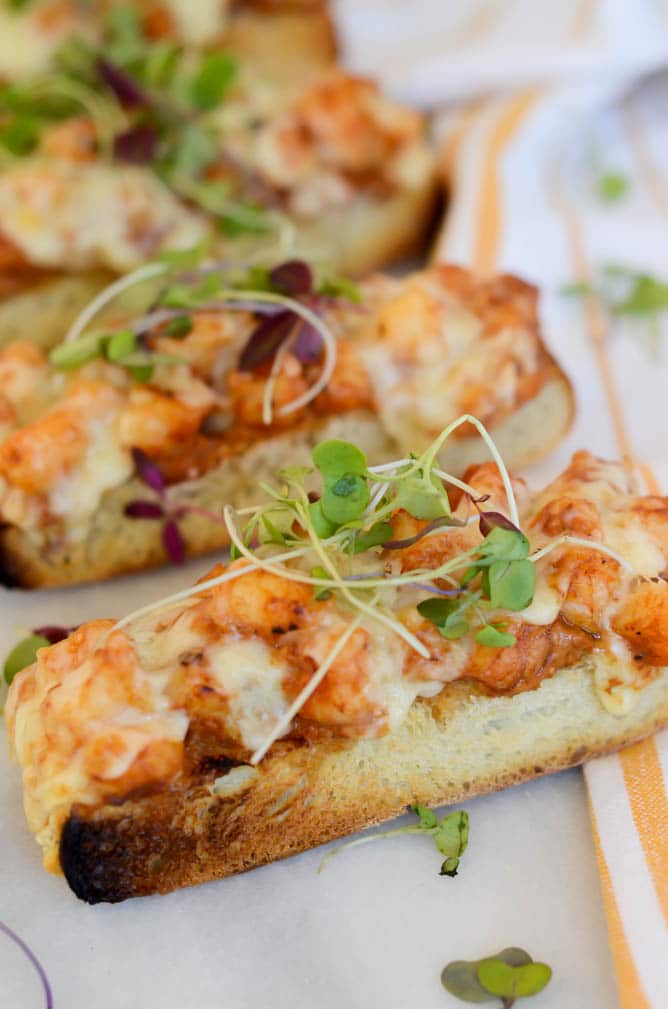 First, we find the freshest shrimp possible and cook it up in a bath of olive oil, fresh garlic, salt and pepper.

Next, we whip up some chipotle-Greek yogurt by combining the two ingredients in a blender or food processor. We also add a tiny bit of miso to balance out the tang of the Greek yogurt. Easy peasy.

We take our hearty loaf of ciabatta, slice it lengthwise, then cut each half into pretty good size slices.

Now, don’t forget to turn on your broiler!

Scoop a hefty serving of chipotle-Greek yogurt shrimp on top of each piece of bread, then top each piece with sliced (or grated) Asiago. 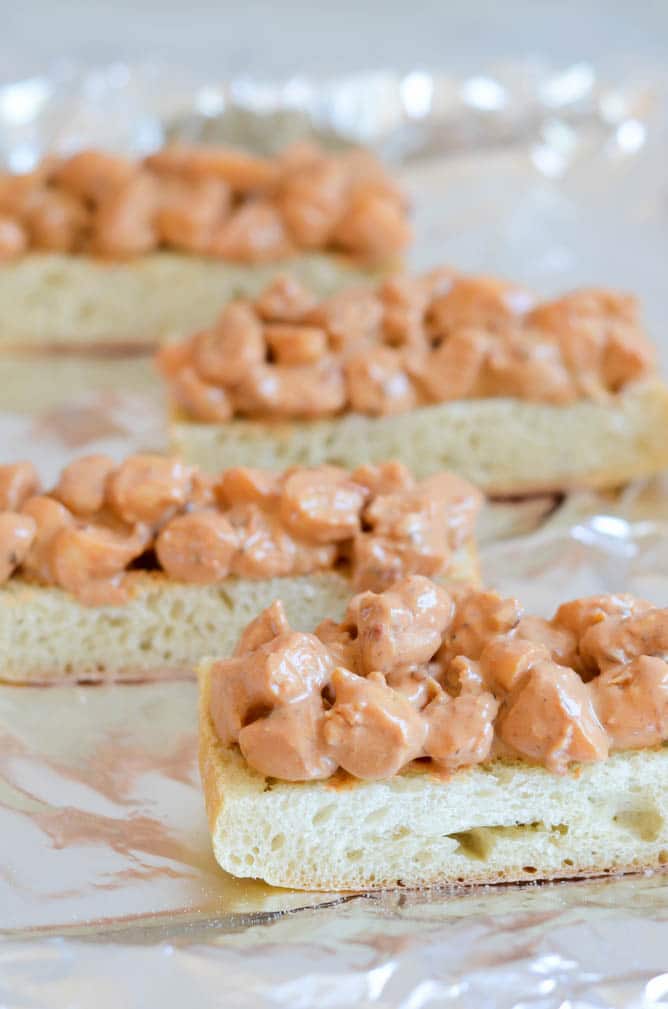 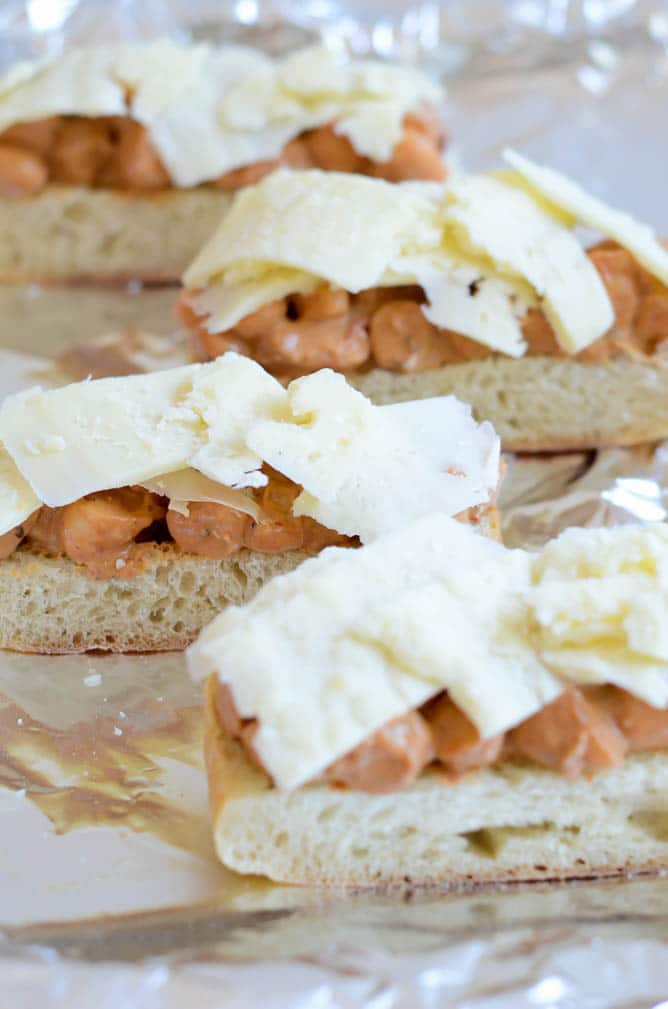 Under the broiler they go for just about 5 minutes (keep an eye on them, you don’t want them to burn!)

After their quick trip under the broiler, they’re ready to go! 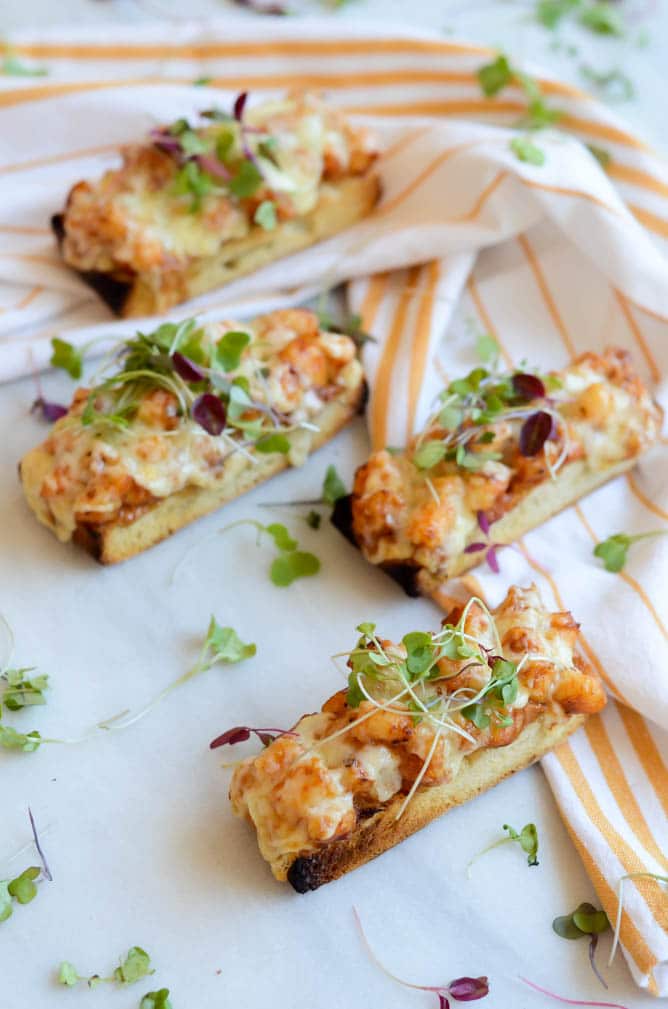 Easy, delicious, and not so guilt-inducing as something like this would typically be, I’m pretty sure you’re going to want to make this multiple times before the summer is over. Invite some friends over, pour a cocktail, and serve up a batch of Asiago Chipotle Shrimp Toasts. Your friends will thank you! 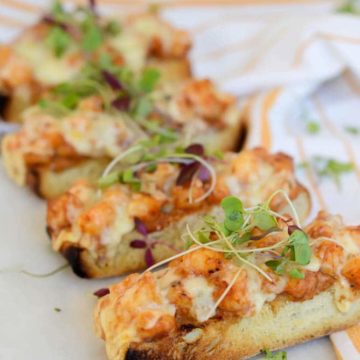 Ohhhh but that golden-brown cheese!!!