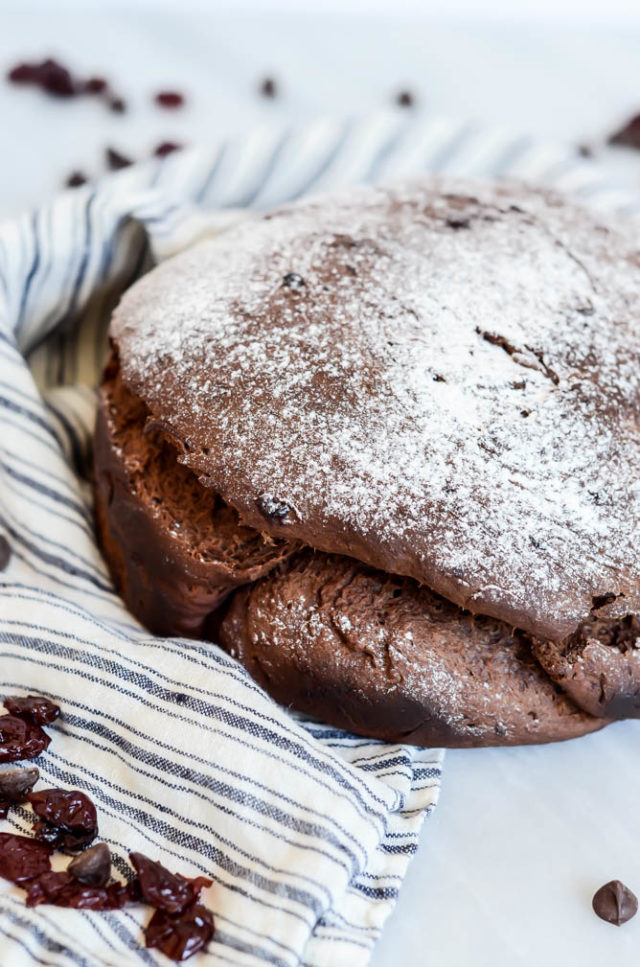 I don’t know what it is (maybe the fact that I finally realized how easy it is to actually pit cherries?) but this year I have been on such a cherry recipe kick. Isn’t it funny how that works sometimes? Some years, you become so absolutely obsessed with an ingredient that the ideas just keep flooding in. I suppose I have pregnancy to blame for my obsession with certain foodstuffs, and when those foodstuffs involve things like red, juicy cherries, I don’t mind one bit.

To be fair, this Chocolate Cherry Bread is a recipe I’ve had in my back pocket for ohhhhh, over six years? You see, when I lived in Honolulu, it was a weekly ritual for my friend Leslie and I to go for a Saturday morning run around the base of Diamond Head, and then hit up the Kapiolani Community College Farmer’s Market (one of THE best farmer’s markets around if you ask me) to stock up on yummy goods for the week (okay, and maybe enough samples to count as breakfast.)

Now, this farmer’s market is seriously no joke. Not only will you find a ginormous selection of local fruits and vegetables, you’ll also find rows and rows of prepared food (we’re talking fried green tomatoes, roasted Kahuku corn and the like) PLUS my favorite: baked goods!

One of my favorite stops was the Ba-Le stand, which is a French-Korean bakery/deli with stores throughout the island. I was still in the midst of my food obsession/eating qualms at the time, so heaven forbid I splurge and buy a whole loaf of their delicious bread to eat on my own, but what I loved about the Ba-Le stand was the SAMPLES. Man, oh man, the samples. They would cut up every single flavor of bread they made and have them all sitting out there for everyone to try. As you can imagine, after a long run (and as someone who had not been nourishing myself properly for these runs) I was alllll about the bread samples. 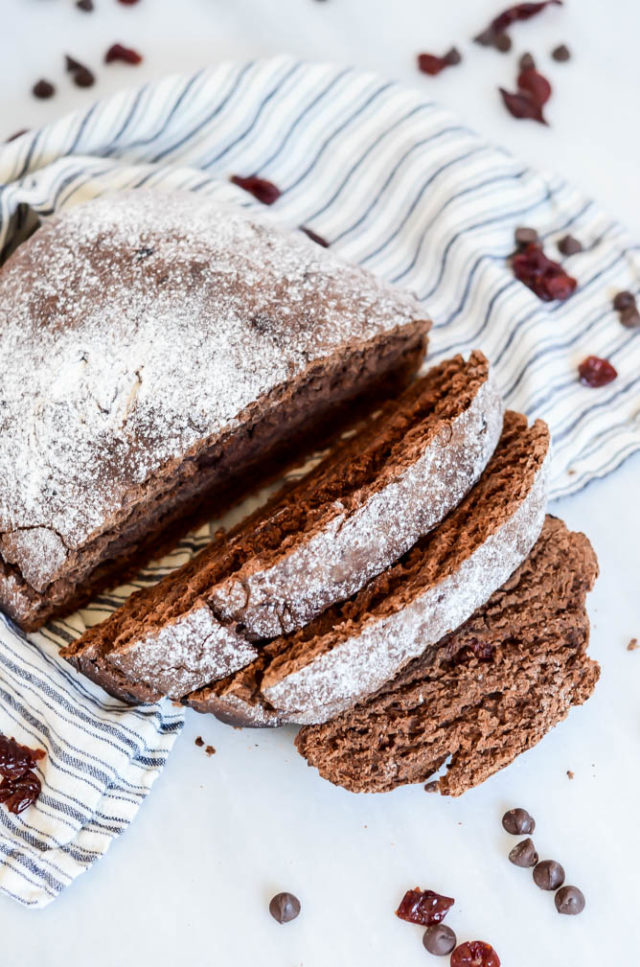 One of my very favorite flavors that Ba-Le had for sale (and to sample!) was the Chocolate Cherry Bread. I don’t know about you, but whenever I had imagined a Chocolate Cherry Bread, I would think of a quick bread, with a dense, pound cake-like texture. But this Chocolate Cherry Bread was different. It was a yeasted bread, which meant it had plenty of heft and was perfect for toasting and slathering butter or cream cheese on.

On one of my Dad’s many visits out to see me, I took him to the market and made him try this bread that I had so madly fell in love with. My Dad is my confidant when it comes to recreating recipes I try out in public at home. His palate is spot on and he knows exactly what it will take to make our own version of whatever we’ve fallen in love with. Needless to say, the next time I was home visiting my parents in Santa Cruz, we tackled the task of making our very own version of Chocolate Cherry Bread.

The result is this recipe I’m sharing today, which has finally made its way off of the piece of scratch paper I had scrawled it on and into my “official” recipe archives. 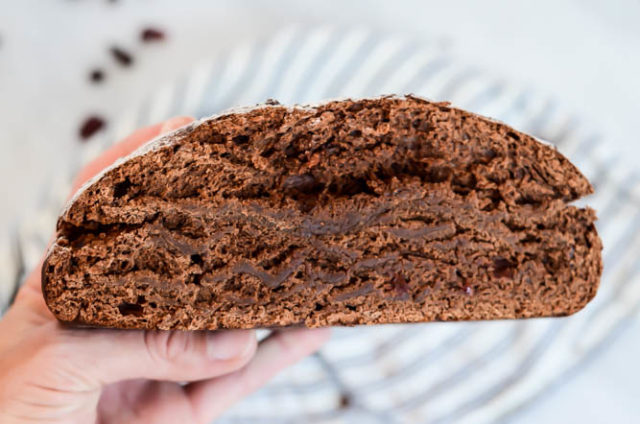 Our Chocolate Cherry Bread is a dense, chocolate- and molasses-flavored loaf studded with dried sweet cherries and semisweet chocolate chips. It’s just as irresistible fresh out of the oven as it is two days later, toasted and slathered with your favorite spread (butter, cream cheese and jam are all equally acceptable.)

Yeasted breads can often seem intimidating but, with a little planning, I promise they’re not. In fact, they’re probably one of the easier baked goods to tackle, simply for the fact that much of the prep time involves just letting the dough rest and rise. The actual dough-making and baking process takes less than an hour. 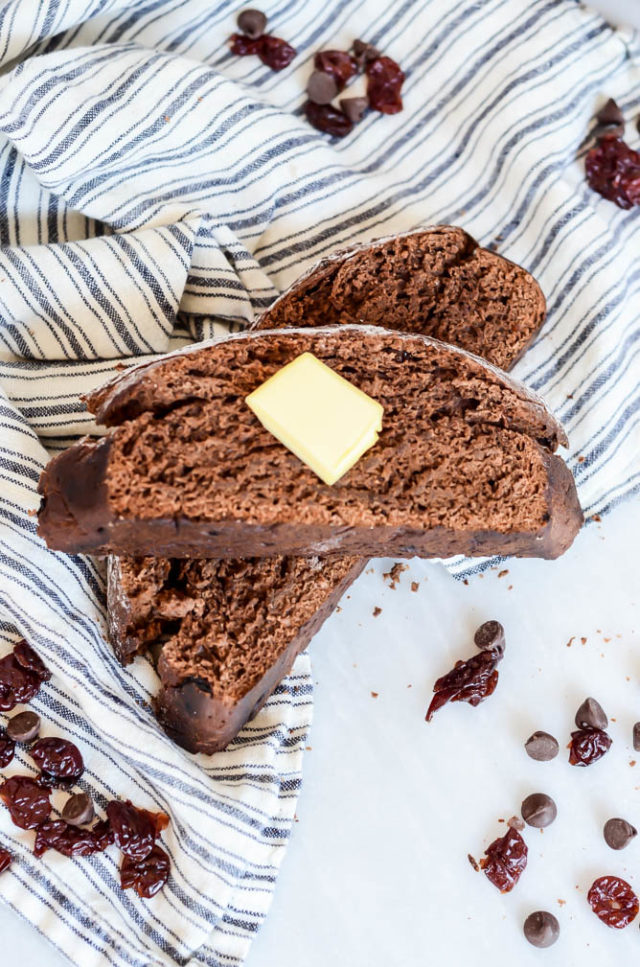 Since I’ve been preggo, I’ve needed to eat something as soon as I wake up in the morning, and this Chocolate Cherry Bread has been just the answer. We (just the two of us) can go through a loaf in less than a week, but if you don’t consume carbs at the rapid pace that we do (or simply want to save your Chocolate Cherry Bread for a special occasion,) the loaf will freeze incredibly well.

I’m thinking this is another thing I’ll have to stock in our freezer for the weeks after baby comes? 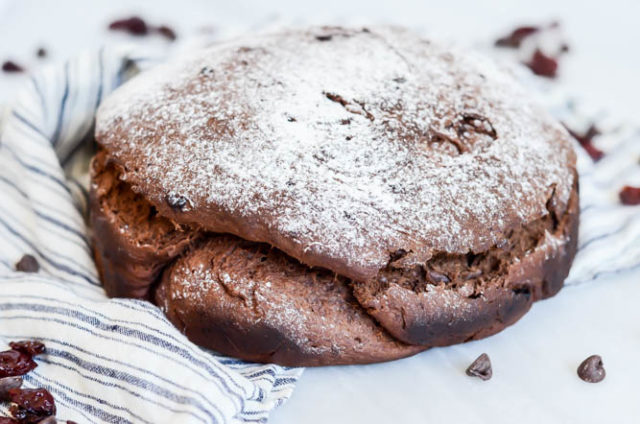 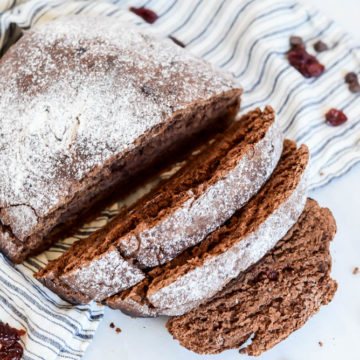 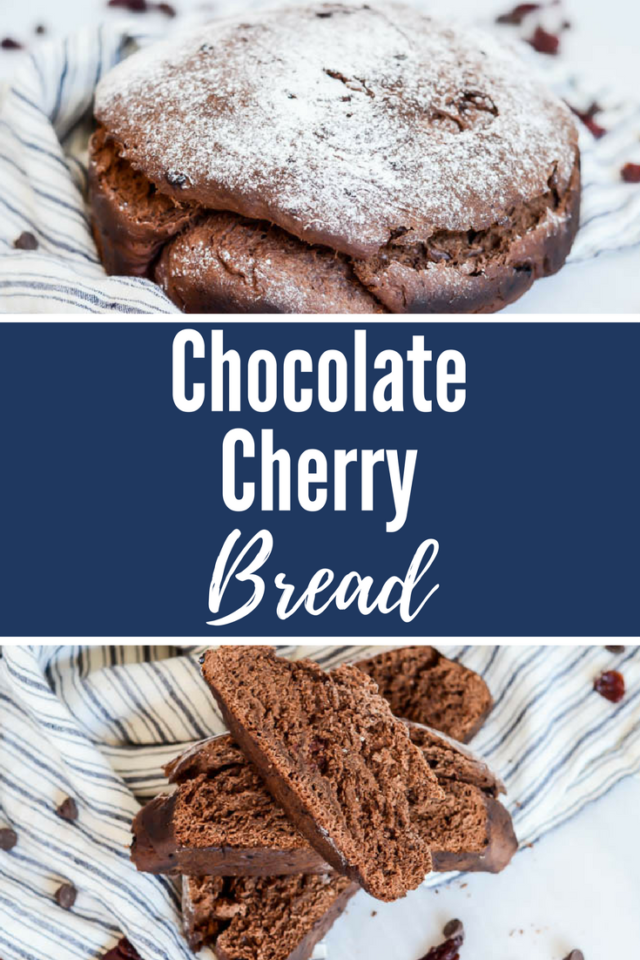