These Chocolate Stout Cupcakes with Irish Cream Buttercream are the perfect way to celebrate St. Patrick’s Day or any special occasion! 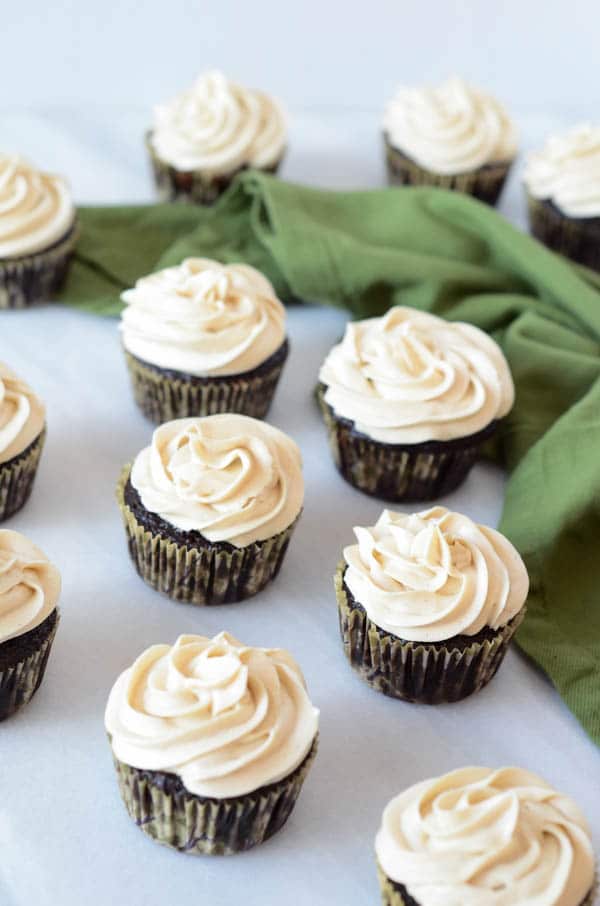 Last week I flooded your news feed with tons of healthy options (see exhibits A, B and C) so we could balance out the more indulgent recipes I’m about to share with you this week. It is a double whammy of holidays after all, since it’s both my birthday and St. Patrick’s Day! I think this is a great example of how I believe eating should be: clean, healthy and fresh foods the majority of the time so we can indulge on special occasions such as these and then get right back on track.

I speak from experience, completely depriving yourself of one thing or another (unless you have a legitimate allergy, that is) just leads to diet disaster. When you think you “can’t” have something, you only want it more. When you have set in your mind that you can have said “thing” whenever you want, it becomes all that less special and you don’t crave it nearly as much. If you’re really in tune with your body and listen to how it feels after you eat fresh, healthy food as opposed to sweets and treats, you’ll soon realize that you don’t need much of the latter to quell a craving and you’ll feel so much better when you don’t gorge yourself on something more decadent. 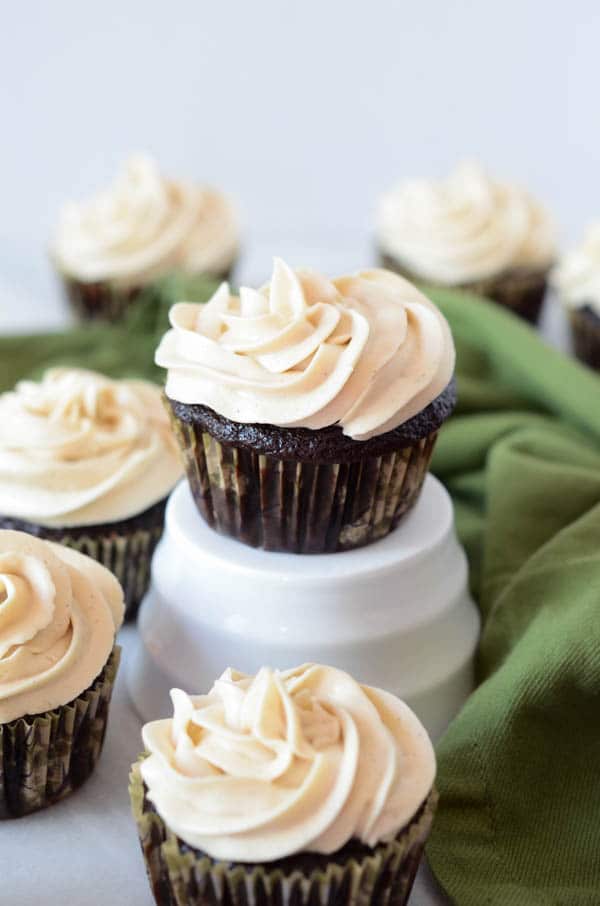 But now it’s time for me to step off of my soapbox for a minute and tell you about these amaze-balls Chocolate Stout Cupcakes with Irish Cream Buttercream. You guys, these absolutely MUST make an appearance on your table no matter how you are celebrating St. Patrick’s Day later this week. I know there are a lot of recipes out there that are similar, but I must say I really think I nailed it with this one.

First of all, since my SO is an avid craft beer fan, I don’t think we’ve EVER had something like Guinness on hand here at the house. Instead, we’re always trying out the latest porters and stouts from various microbreweries, especially now in the winter months when we want that extra oomph and body in our beers. So, instead of using mainstream Guinness (as most St. Patty’s Day-themed cupcakes do), I instead used the Stone Coffee Milk Stout….Bomb diggity! Seriously, this turned out so good. It might also have been that I added some sour cream to the batter, or that I used a high-quality cocoa powder, or a combination of all of the above. Whatever it is, I really don’t care because it’s just that amazing. 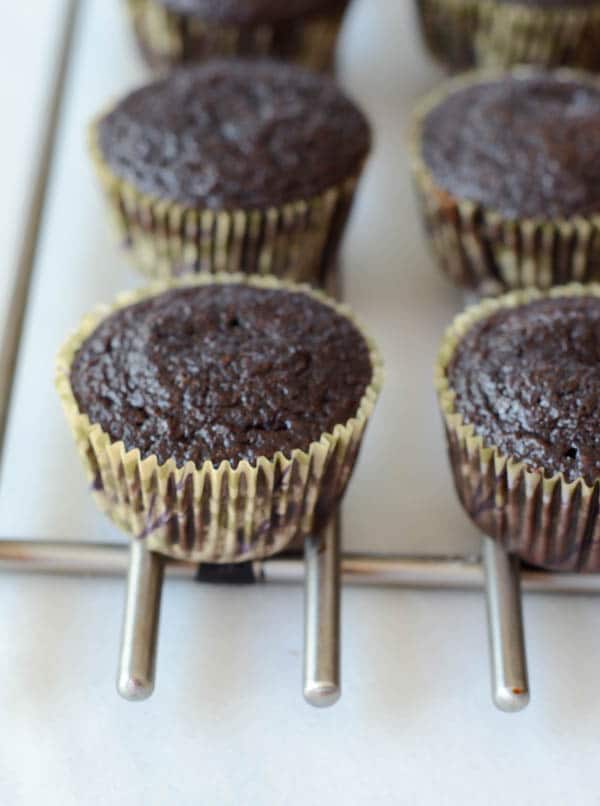 The other thing I love about these cupcakes is that they are not SUPER sweet. You mostly get the chocolate flavor and there is a very minimal amount of added sugar. We’re saving all the sweetness for the Irish Cream Buttercream! That’s right, folks, I added our favorite weekend coffee creamer (cough, Bailey’s, cough cough) to a classic buttercream frosting to slather all over the tops of these puppies. The stout-flavored, chocolatey, minimally sweetened cupcakes and the sweet, creamy and boozy frosting balance each other out beautifully! We’ll see if you can stop at just one. 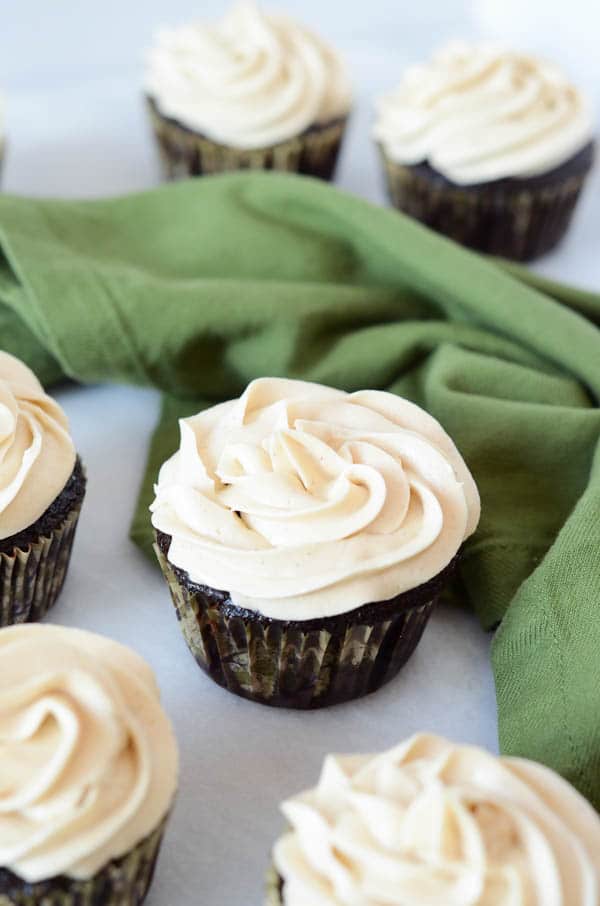 Oh! And did I mention they’re super easy? The hardest part about making these is remembering to put the butter out for the frosting a few hours before you make it so it can come to room temperature. Everything else is so simple! You can easily whip these up in an hour or two, so totally doable on a weeknight.

Obviously, these may not be the best choice for a crowd of young ‘uns. Although the alcohol is minimal, the frosting is not cooked in any way so the alcohol will not “bake off.” But for any adult-centric St. Patrick’s Day party you may be attending, Chocolate Stout Cupcakes with Irish Cream Buttercream are for sure the way to go!

Now, do yourself a favor and whip up a batch (or two) of these in the next couple of days. Once made, they keep well in the refrigerator for a few days (and up to a week.) Once you taste ‘em you’ll never turn back! Stay safe you all and keep it green! 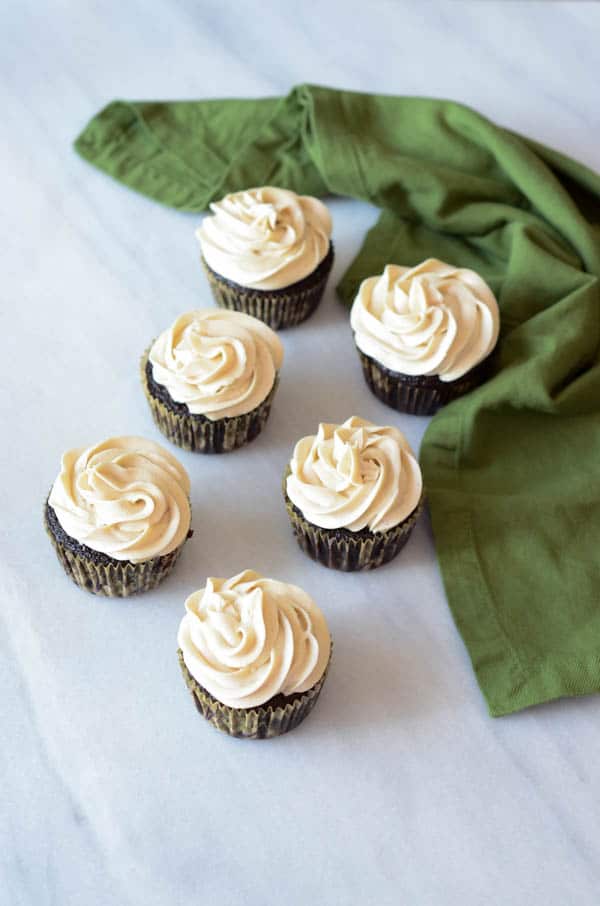 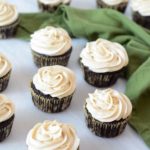 Beer Pairing: Enjoy some of the same beer that you used in the cupcakes while you’re eating them! 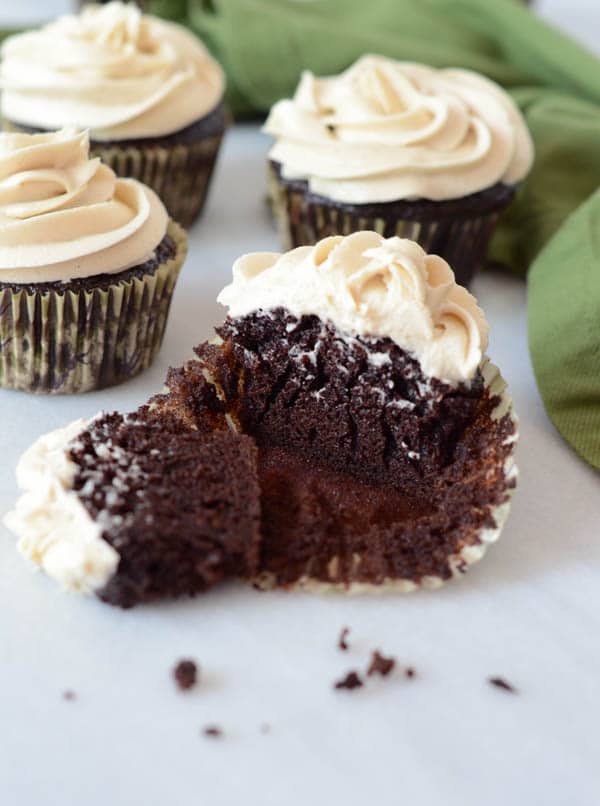