We’re not going to miss out on any of the fall foods this year! 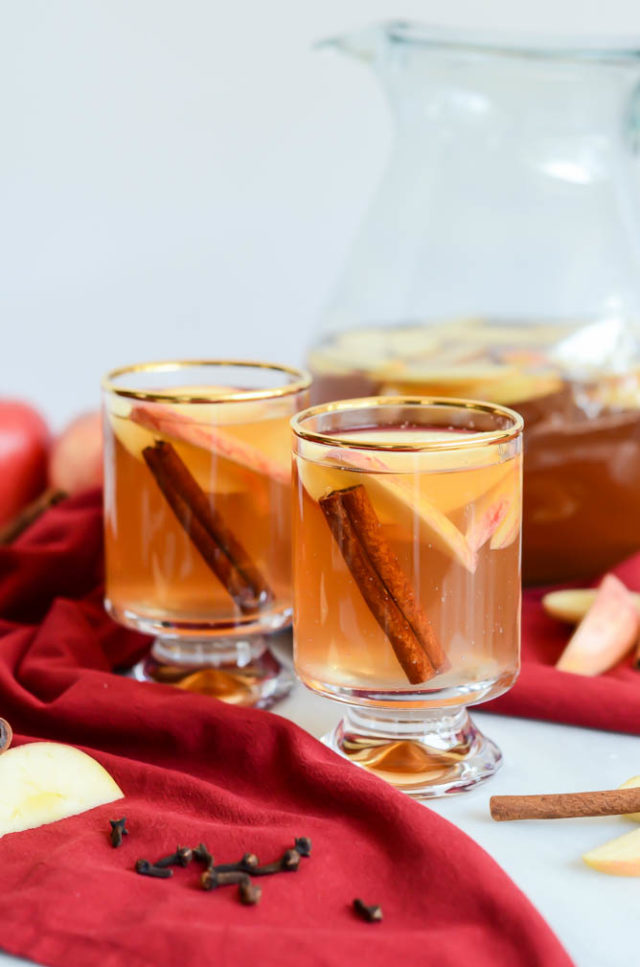 With all of the excitement of pumpkin spice season, I feel like we often forget some of the other amazing produce that really shines this time of year. Yes, squash are plentiful, but let’s not forget about persimmons, pomegranates, Brussels sprouts and, of course APPLES!

Since I feel it’s just a tad too early for all the pumpkin (but don’t worry, it’s coming soon!) I wanted to take advantage of what I feel is a true September fruit and share this delish From-Scratch Slow Cooked Spiced Apple Cider today!

To be honest, I’d never ventured into the homemade apple cider realm before, but since I’m firmly on the wagon this September, I decided now was a better time than any to try my hand at a tasty non-alcoholic sipper. I love a good apple cider (and, let’s be real, I love it even more when I can spike it with some bourbon), but sometimes the store-bought stuff can get a bit too sweet for me. 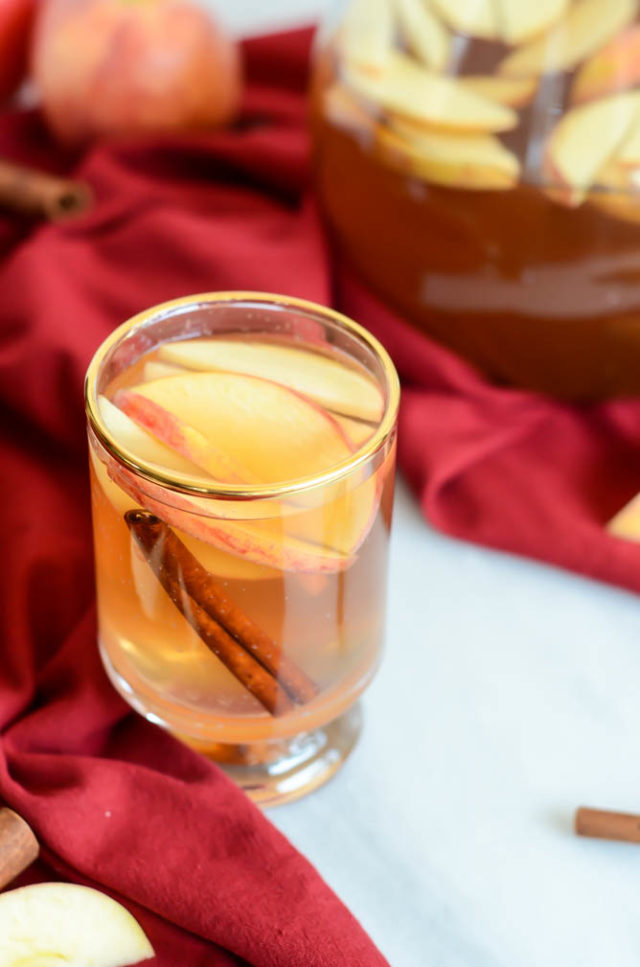 In fact, ever since I’ve been pregnant, I’ve noticed I’m much more sensitive to overly sugary drinks. If I have more than one glass of juice or other sweetened beverage, I get a massive headache not unlike you’d get from an actual alcohol hangover. I guess that goes to show that my body doesn’t like too much of anything! Balance my friends, balance.

As I was browsing through homemade apple cider recipes online, I came across a bunch of variations and ultimately decided on a combination that I felt would be uniquely “me.” While I omitted any sort of added sugar (maple syrup, brown sugar, honey, etc.) that other recipes included, I also included what could be called the “secret ingredient” in my homemade boilo hot toddy I make every winter – caraway seeds! Of course, that would be in addition to the requisite cinnamon sticks and cloves. The result was so deliciously spiced and NOT overly sweet, I immediately fell in love!

So here’s the deal on this super-easy From-Scratch Slow Cooker Spiced Apple Cider:

An orange is added for a little extra dimension, and of course the whole spices mentioned above – caraway seeds, cinnamon sticks and cloves. The chunks don’t matter because we’re straining it all out in the end anyhow.

As far as the process goes, our use of the slow cooker means things couldn’t be easier. We simply throw all of the ingredients in together with some high-quality H2O, set it and forget it. I cooked mine on low for 7 hours, but the other great thing about this recipe is it won’t really hurt to leave it in there a little bit longer. Basically, we can start the slow cooker before bed and wake up to delicious hot apple cider, or we can get everything organized in the morning and have a huge batch of apple cider ready to be spiked up a bit for an after-dinner drink 😉 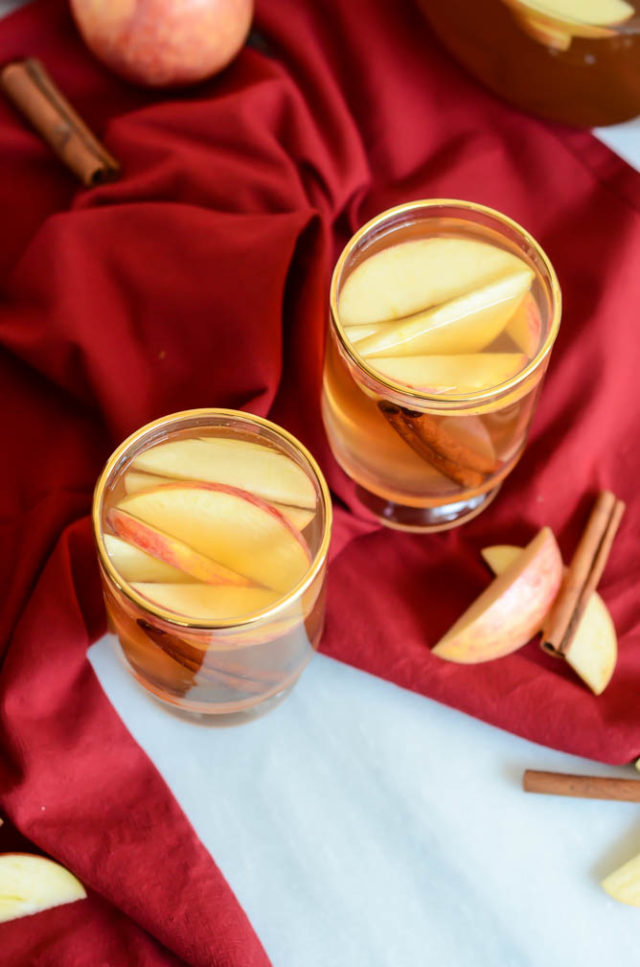 And if you happen to like your cider a bit on the sweeter side, simply add some maple syrup or honey to taste after you strain all the solids out after the cooking process is done.

Bet you didn’t think a tasty batch of From-Scratch Slow Cooker Spiced Apple Cider was that easy to whip up, did you? 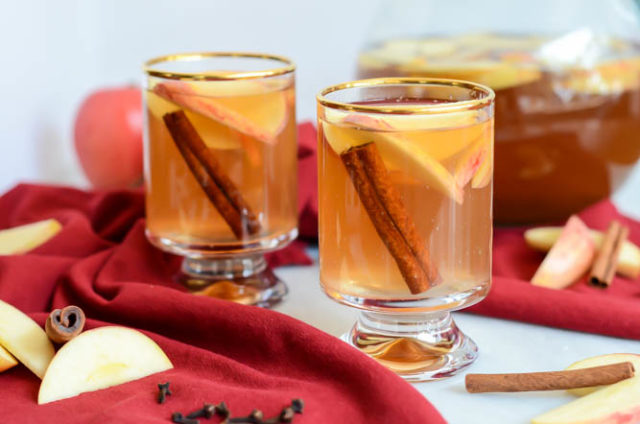 Happy Friday, friends! I hope you have a great weekend! Xx 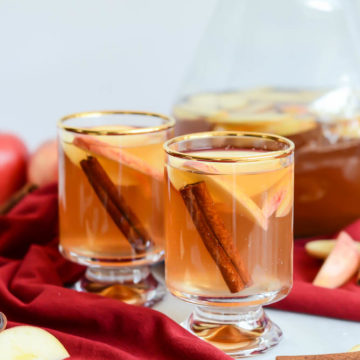 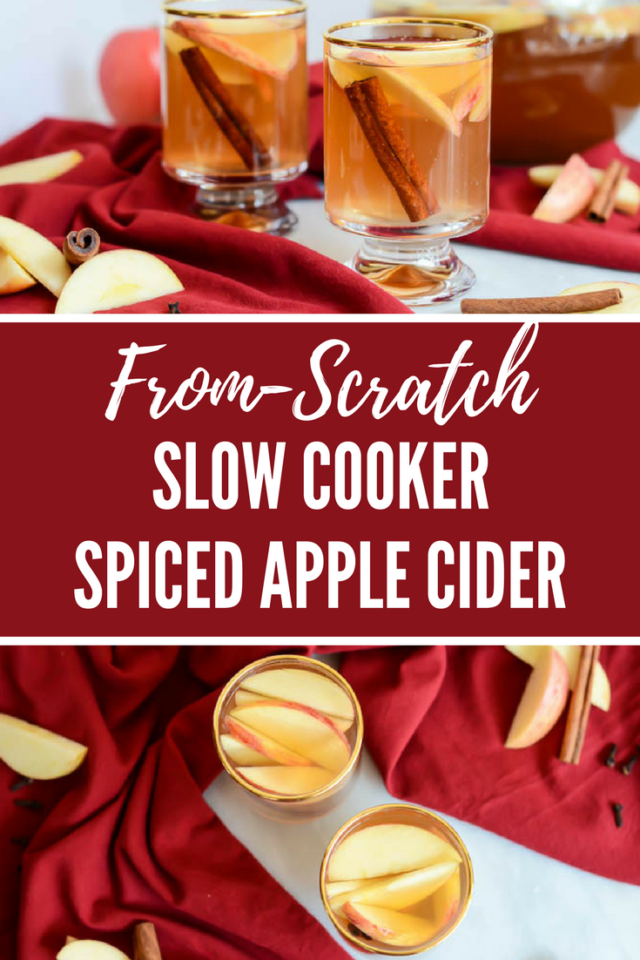 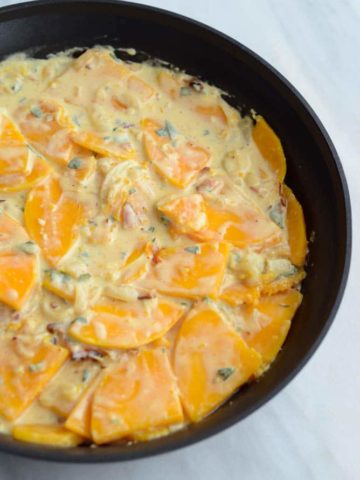 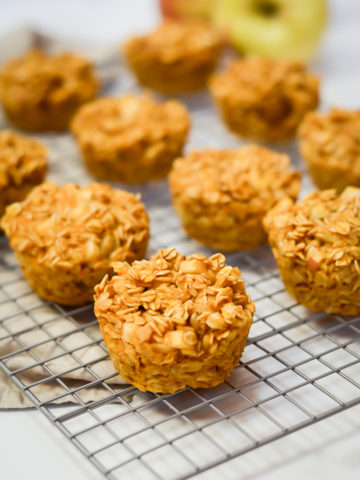 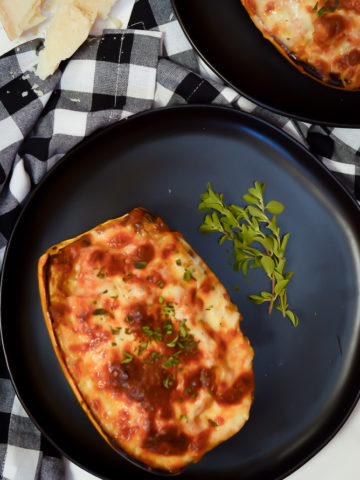 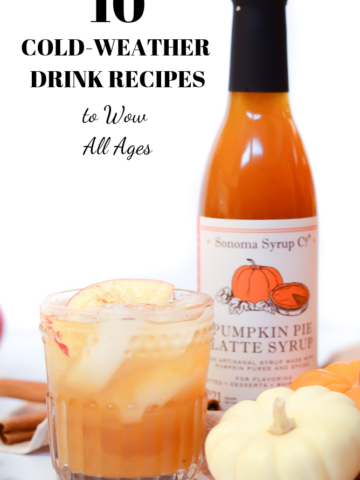