In these Greek Nachos, all of your favorite Mediterranean ingredients are piled high atop crispy pita chips. They’re the perfect quick and easy dinner for any night of the week! 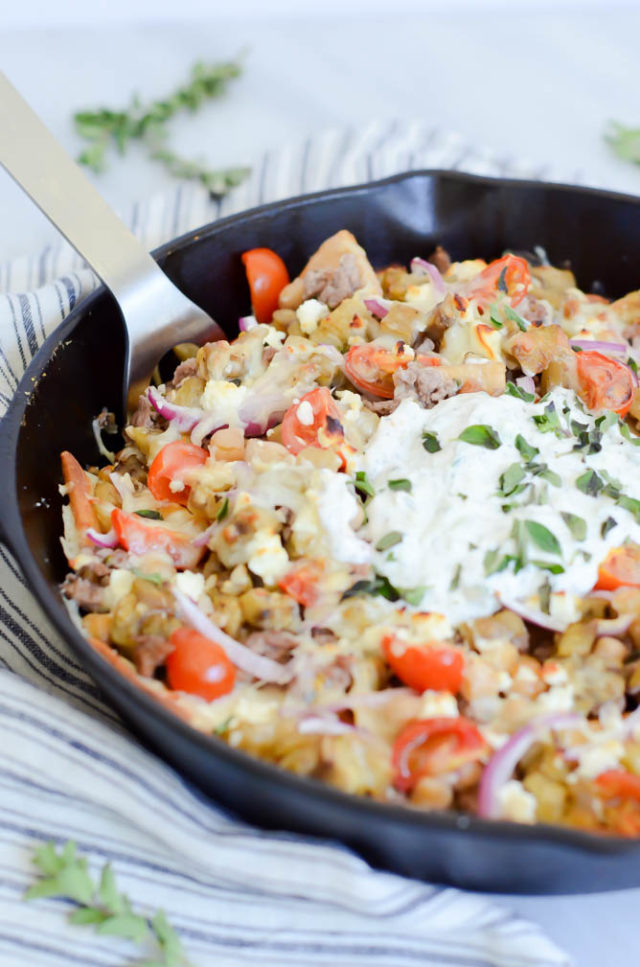 I guess you could actually call these absolutely to-die-for Greek Nachos a Greek-Mexican hybrid recipe, since we’re taking one of my favorite Mexican food dishes and giving it a Mediterranean twist. I’m really not sure why the Greek Nacho path hasn’t been traveled down more often, because when you basically sub in Greek-inspired ingredients for your typical nacho fixin’s, the result is show stopping. You may never want to eat regular nachos ever again.

Aside from these nachos, I don’t have too much other stuff to share with you today. More due to the fact that I’m a bit jetlagged (read: brain dead) from our trip and we’re driving back to Santa Barbara from the Bay Area today. Tomorrow, back to reality but at least we only have a few more days until the weekend! I fully intend on writing at least one (if not multiple) Travel Diary posts about my trip once I’ve had time to recover and soak it all in, so stay tuned!

In the meantime, let me tell you a little bit about these Greek Nachos. Because, yes, you want to know allllll about them. 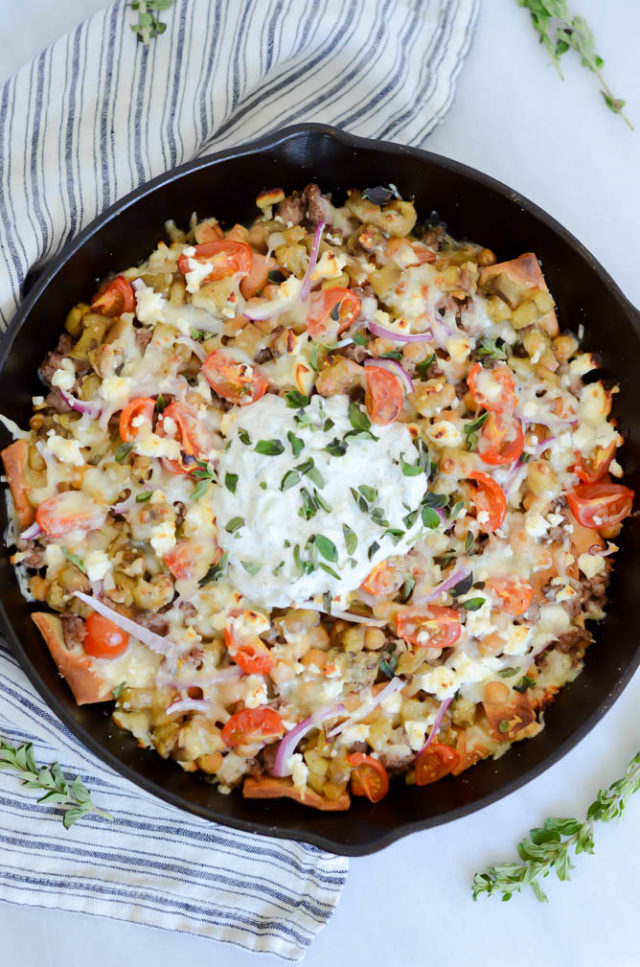 We start in the most obvious of places: with the chips! We’re kicking off the Greek theme by replacing the typical tortilla chips with crispy plain pita chips, which in fact almost work better than tortilla because they tend to be thicker and sturdier – which means they can easily hold up to all of the tasty toppings we’re going to add! 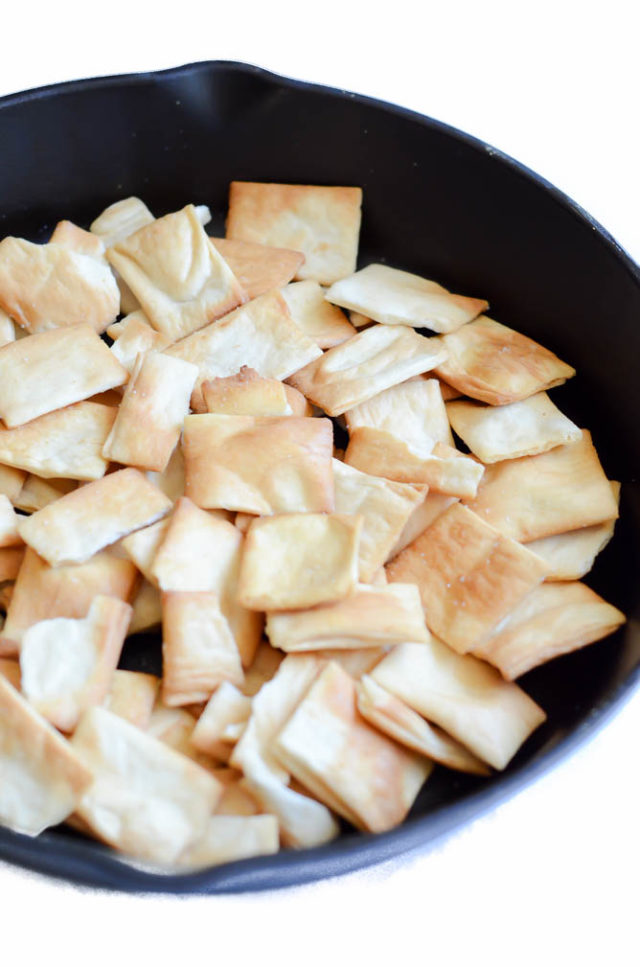 The first matter of business in getting together said toppings is whipping up some healthy and tangy tzatziki sauce. I used a base of nonfat plain Greek yogurt and added lots of garlic, dill and cucumber. Make this the day before if you want, the flavors just get better as they sit.

We’ll also want to saute some eggplant as well as ground lamb with more garlic, olive oil, and some fresh lemon juice. And I’m going to take this moment right here to let you know that if you have never cooked with ground lamb before, you’ve REALLY been missing out. I love how it tastes so different than beef..It seems to give a whole new dimension to a dish (I’m also a huge fan of lamb burgers if you’re looking for more suggestions.)

Aside from putting together the tzatziki and cooking the eggplant and lamb, there’s very little involved in the preparation of our Greek Nachos. You’re going to need the requisite Greek ingredients (like tomatoes, garbanzo beans, red onion and fresh oregano) and you’re also going to track down some legit Greek cheese. I used a mix of feta and shredded Kasseri, which could also be replaced by halloumi or any other Greek cheese you’re able to find (I had the best luck at Whole Foods.)

To prep the actual nacho dish, you’re going to want to bring out your best cast iron skillet. Load up the bottom of the skillet with the pita chips, then pile on all of the prepared toppings that can stand up to a little more heat. We’re talking the lamb, beans, onions, tomatoes, and of course, cheese! 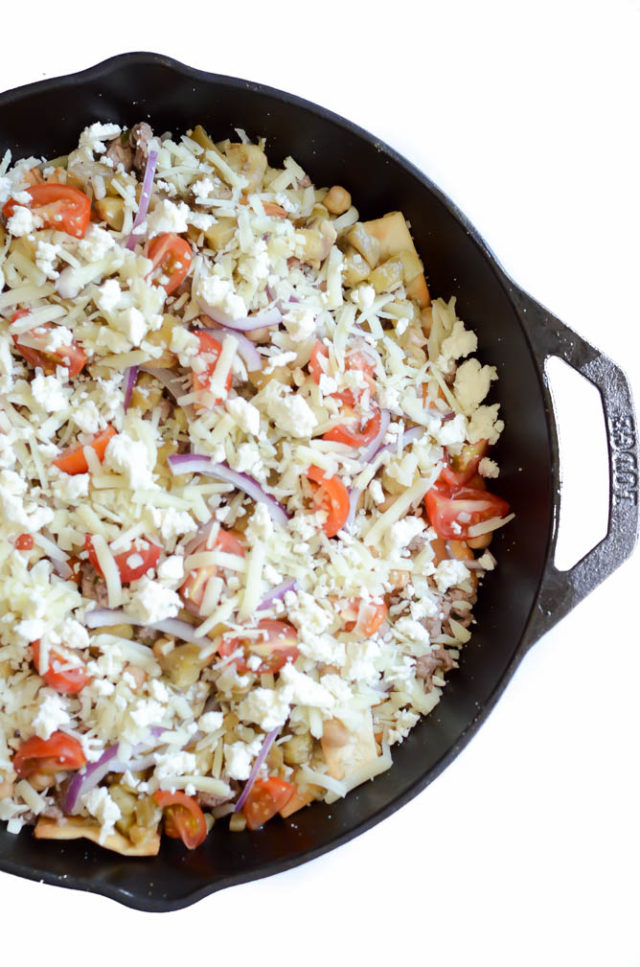 Pop all of that into the oven for about 15 minutes, top with the rest of the ingredients (like more fresh oregano and the tzatziki) and your Greek Nachos will be on the table in no time! Now how’s that for an easy Wednesday night dinner? 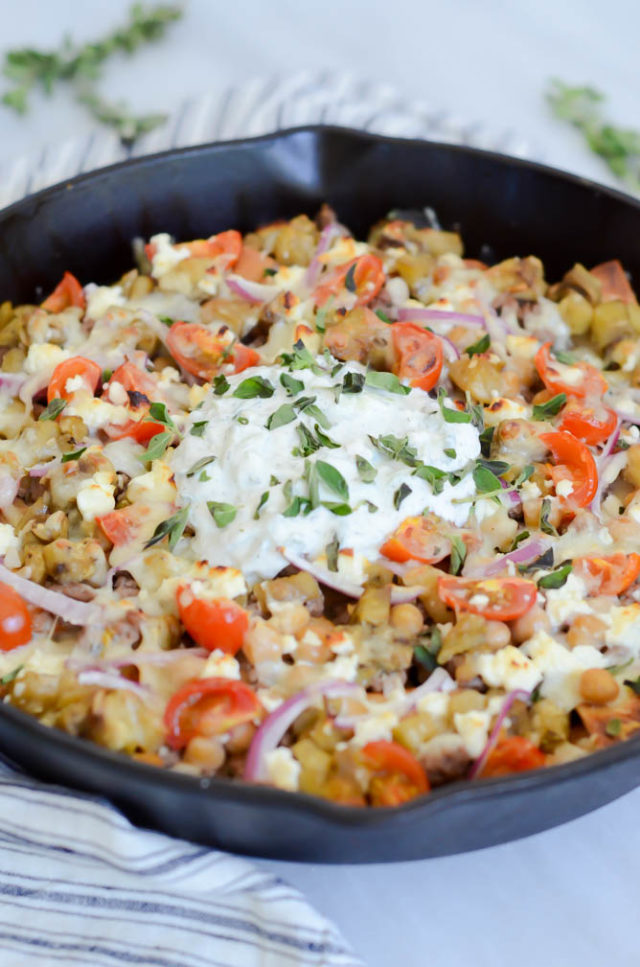 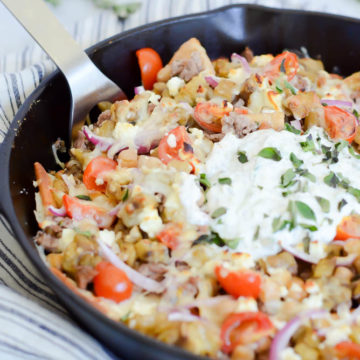