A delicious, indulgent pull-apart bread laced with peanut butter and jelly. Your kids will never want any other after-school snack again! 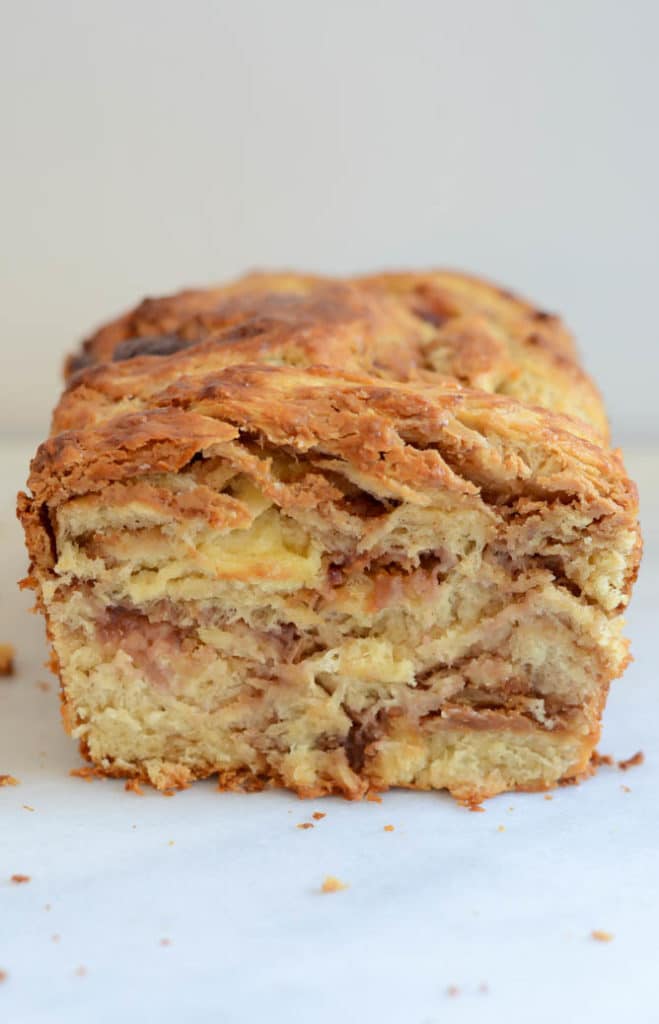 There’s nothing like conquering a delicious bread recipe to give you some motivation and an extra boost of confidence (when it turns out well, that is.) Not considering myself an “experienced” bread baker, I have to admit that I had my doubts about this recipe throughout the ENTIRE baking process. I powered through and told myself to keep going even when the gumminess of the dough was making my stand mixer overheat. Thankfully the amount of butter in this recipe loosened things up nicely and the result was a rich, moist dough laced with creamy peanut butter and jelly.

But first, how was everyone’s weekend? We had a great couple of days with my folks, going out to eat at some tasty Santa Barbara restaurants and hitting up the Paul Simon concert at the Santa Barbara Bowl last night. It was a triple date with my parents, my brother and sister-in-law, and Chris and I (the first time we had ever done such a thing) and it was a blast! The Santa Barbara Bowl is an out-of-this world outdoor concert venue and if you’re ever in the area between the months of April and October (“Bowl Season”) I highly recommend you get a ticket to whoever happens to be playing while you’re here, it is so worth it!

Anyhow, I digress. Back to this Peanut Butter & Jelly Pull-Apart Bread. This was a bit of a nostalgic recipe for me to create. I came up with the idea based off of this Pull-Apart Beer Bread with Comte and Whole Grain Mustard. It came out so well and got such rave reviews that I knew I wanted to play around with the “pull-apart” concept and come up with some different flavor combinations. If you’ve known me for any period of time, you’ll know that I am a biiiiiiig peanut butter-lover. Like, I kind of need to have it in some form or another every single day. And peanut butter and jelly are just natural partners, amiright? There’s nothing that goes better together (IMHO.) 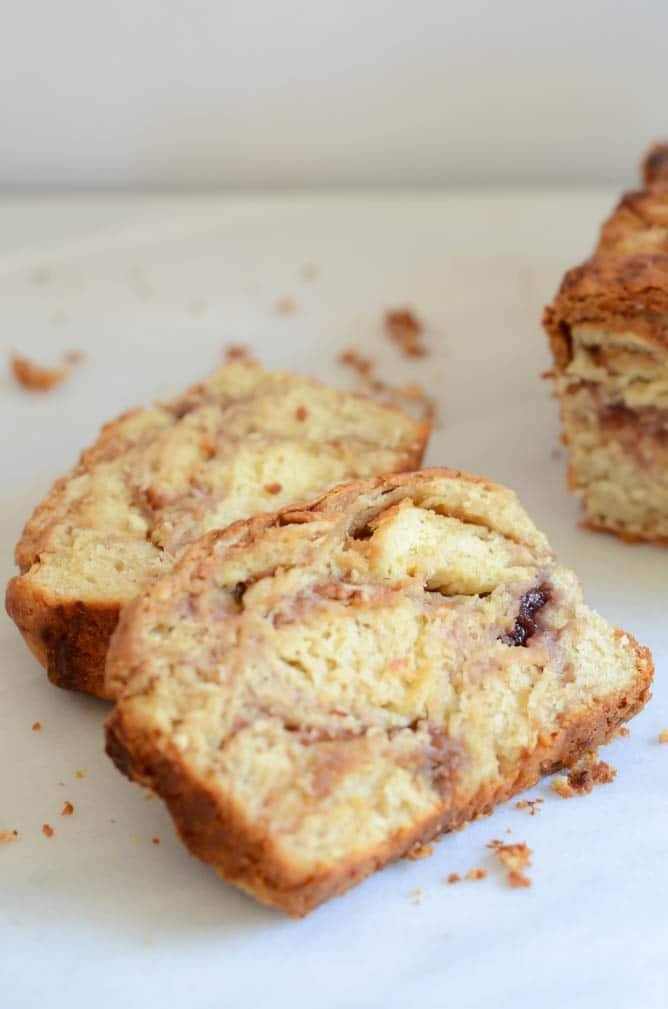 So, since this flavor combo would be a little sweeter than the Comte and whole grain mustard I filled the beer bread with, I decided to go with more of a brioche dough for this bread. I pulled out my trusty Bouchon Bakery cookbook (can’t go wrong with that, even if it’s a leeeetle bit intimidating) and found Thomas Keller’s recipe for Craquelins. Technically, Craquelins are brioche’s sugar sweet cousin. They’re these cute little rolls dusted in pearl sugar with a sugar cube tucked inside each one. I didn’t go quite that far, but slightly adapted Mr. Keller’s recipe to come up with a buttery, slightly sweet dough laced with vanilla and cinnamon.

Important note: The dough needs to rest quite a bit (including an overnight rise) so you’ll want to plan in advance when making this recipe. But the waiting is the hardest part. When you break it down step by step, the actual techniques and ingredients required are REALLY easy.

The first step is to make a “starter” and let that sit for about an hour. Then we get into the mixing and kneading of the dough. We let the dough go through a rise as is before lacing it with the peanut butter and jelly, then let it rise overnight in the pan in what will eventually be its finished form. In the morning, we bake it off and less than an hour later we have a delicious, messy, sticky, sweet loaf of Peanut Butter and Jelly Pull-Apart Bread. 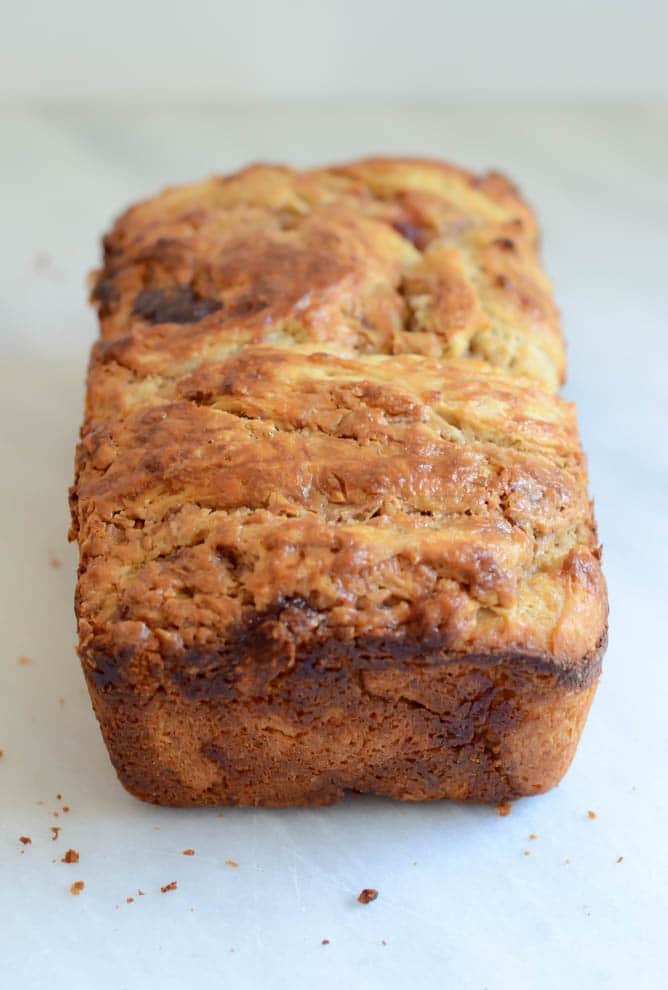 Eat it right away, freeze it for later, or cut it into pieces to pack in your (or your child’s) lunch. This is an incredibly rich bread and you really don’t need very much to feel satisfied. A little bit goes a long way!

Now, go forth and make this bread! I have nothing but faith in you, you can do it! 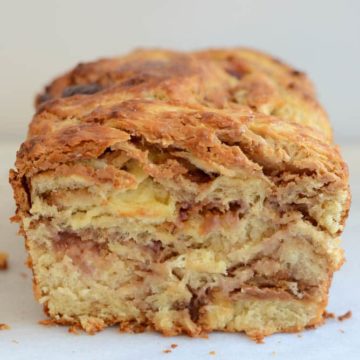 For the egg wash: 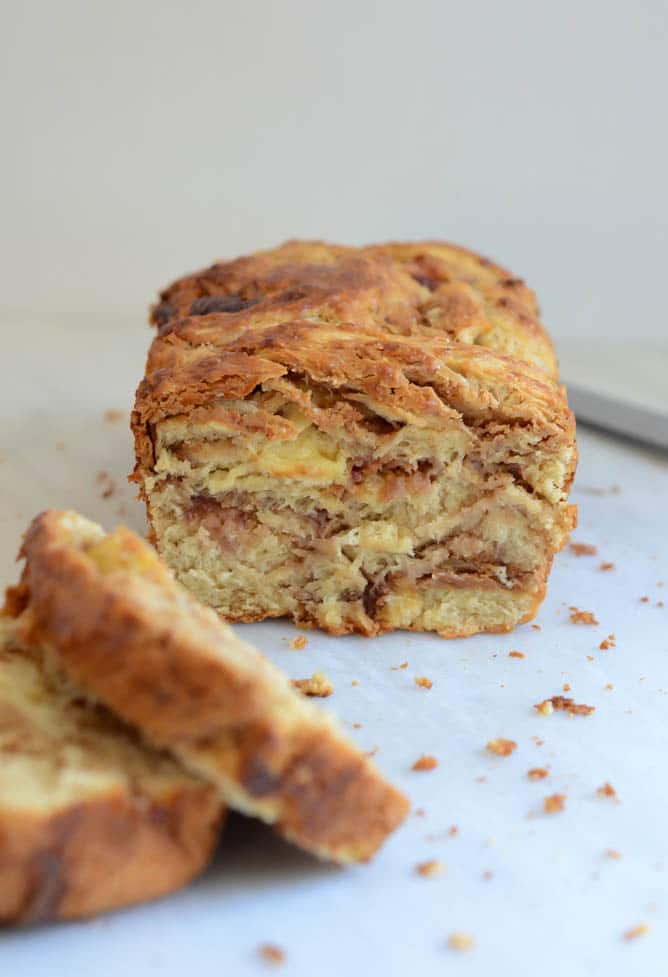