Less than a week until Turkey Day!! 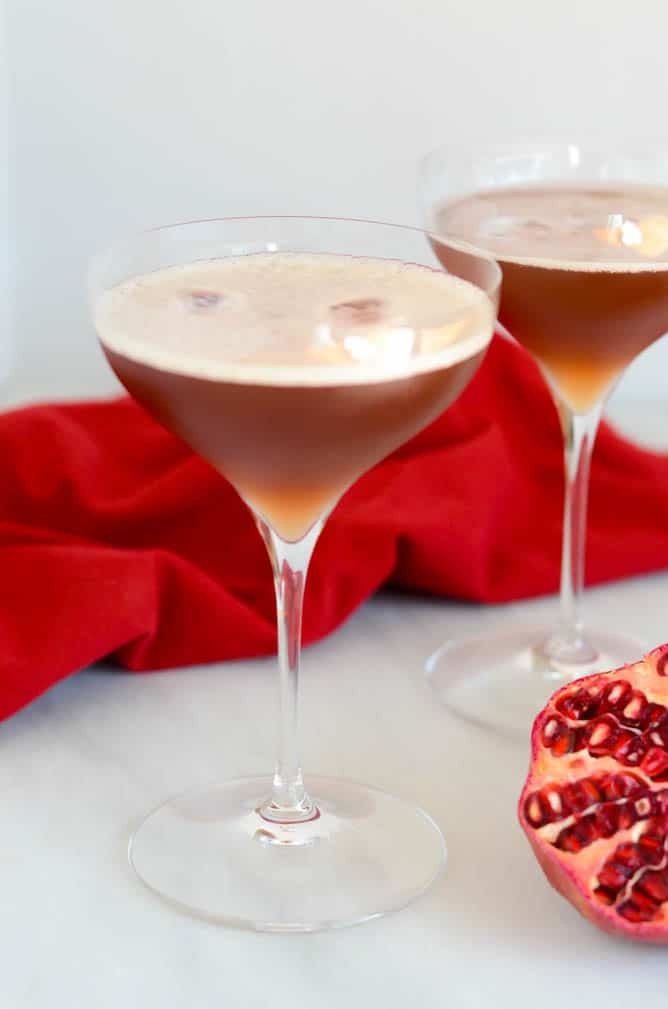 Before we get to the recipe, I think it’s time for a little catch-up on life. I’ve had a busy week and the next week is only going to get busier (with plenty of eating, drinking and time with family and friends, of course!)

I just got back last night from a quick trip to Napa with my fellow blogger and gal pal, Hana-Lee, who pens the ultimate wine and travel blog, Wander & Wine. We had a blast checking out some of the new wineries and restaurants, and even a newly renovated resort in Calistoga! I can’t wait to share all the deets (and photos) with you, but in the interest of this Pear, Pomegranate and Bourbon Punch, we’ll save that for another post.

I’m also gearing up for a busy weekend of celebrating Friendsgiving and teaching a Mediterranean cooking night, followed by a fun Holiday Blogger Brunch on Tuesday, and leaving for NorCal on Wednesday! It’s going to be crazy and hectic but I can guarantee it’s all going to be worth it. This is one of my favorite times of the year and I’m going to soak up every second, maybe with a Pear, Pomegranate and Bourbon Punch in hand? 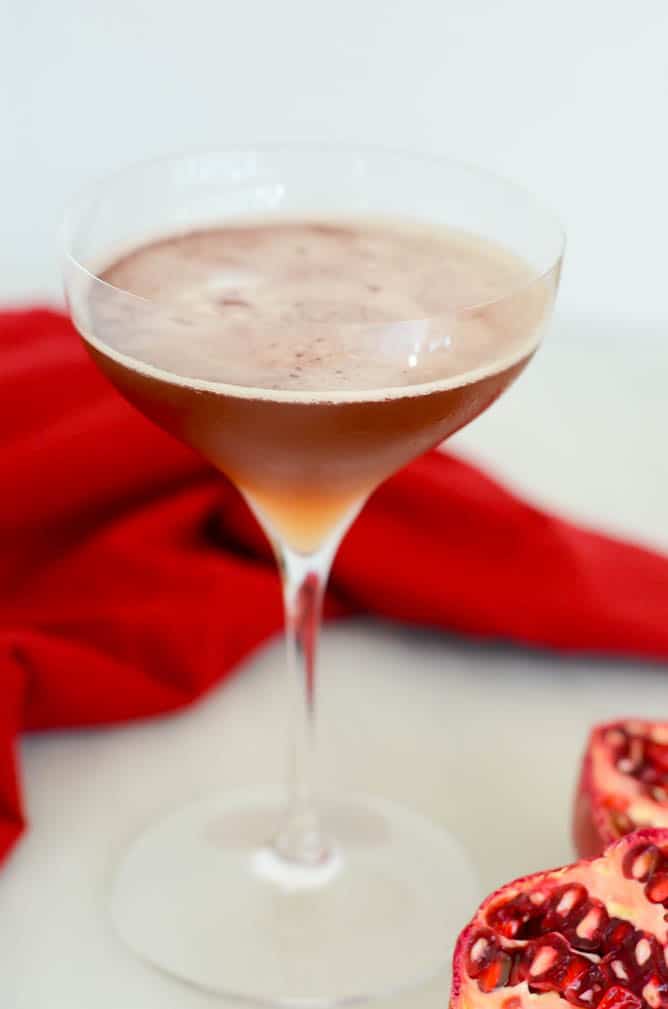 Alright, alright, I suppose with all this talk of cocktails I should finally get down to business and tell you about this delicious, festive drink. I’ve been experimenting with pears a bit more this season, as you saw in my Harvest Mimosa. Don’t get me wrong, that’s been a great go-to for weekends, brunches, etc., but I’ve been craving a pear-based cocktail with a little more “oomph” for those cooler nights at home snuggled up next to your loved ones with a Hallmark holiday movie on TV (has anyone else been binge-watching those like I have?)

I’d been mulling the idea of pear cider over and over in my mind, but a quick browse through Amazon and a trip to a couple of our local grocery stores told me that pre-made pear cider was going to be a bit hard to come by. I must have been sending out some heavy pear cider vibes to my food blogger community because, wouldn’t you know it, right when I was resigning myself to having to make my own, my gal Jessica over at How Sweet Eats posted this tasty-looking Pear Cider Recipe. I was in business!

Now, unfortunately I wasn’t lucky enough to have access to the Harry & David pears that Jessica used, but the selection at my local Trader Joe’s worked just fine. The Pear Cider takes a little bit of time over the stove, but there’s very minimal interaction involved. And once it’s done, you’ll have at least a couple of quarts worth of Pear Cider to use the whole season through! 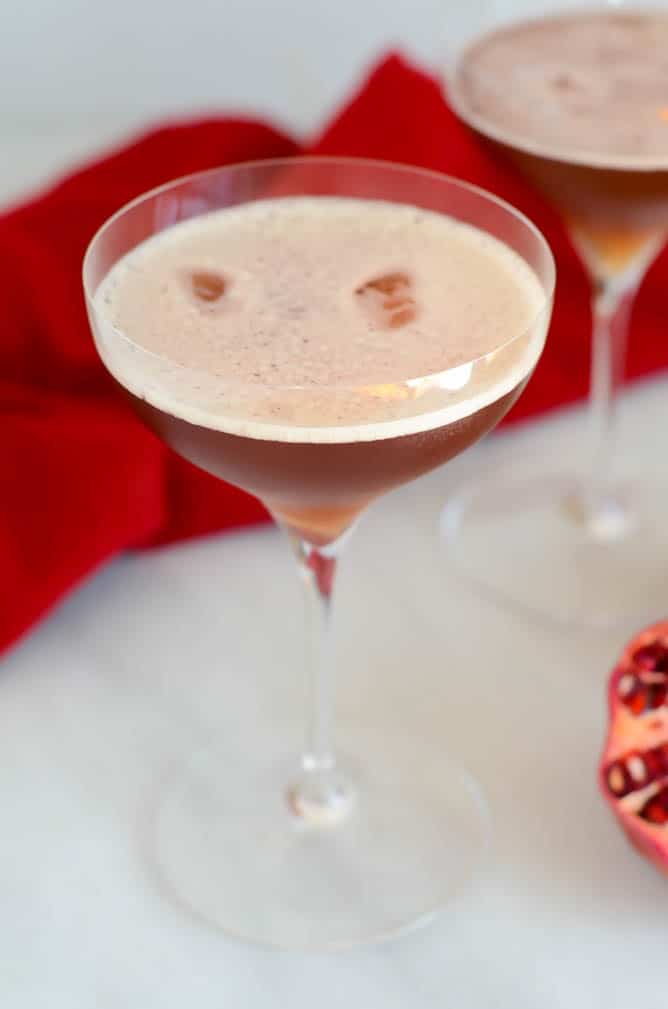 Once you have your homemade pear cider, this cocktail comes together in a snap, with a grand total of just FOUR ingredients, most of which you might have on hand already. We’re talking:

That’s it! And let me tell you, the result is so tasty you might want to make sure anyone you’re serving has a safe and sober ride home (or is crashing on the couch!)

So what do you say? Is there any better way to officially ring in the 2016 holiday season than with a Pear, Pomegranate and Bourbon Punch? 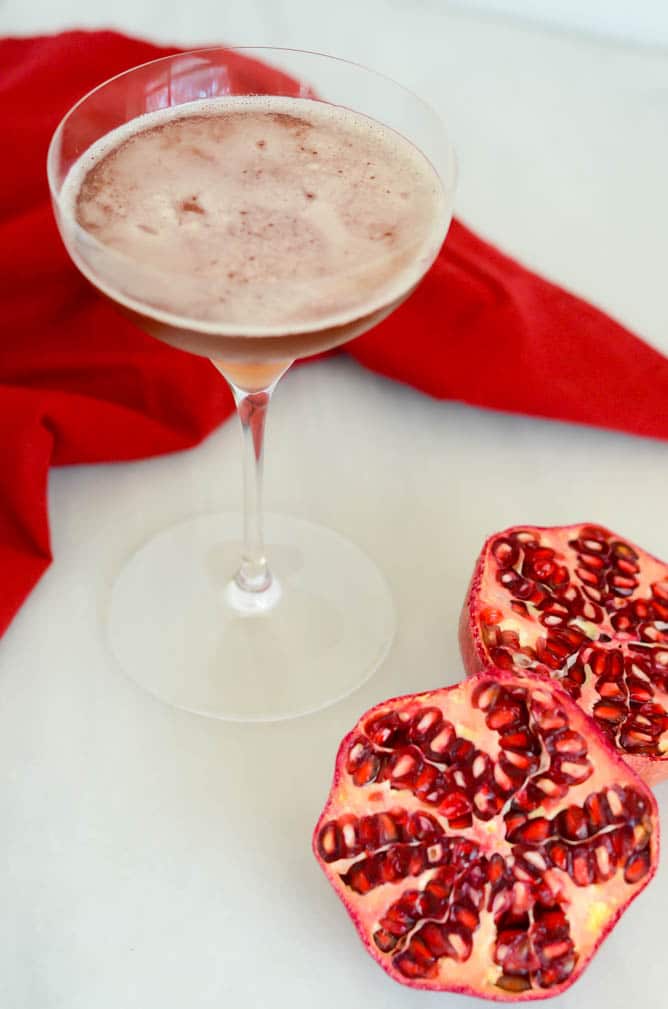 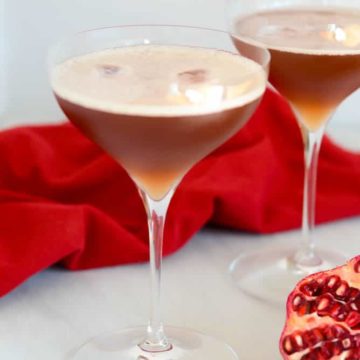 Now where’s all the turkey??